Off We Go, Into the Wild Blue Yonder... 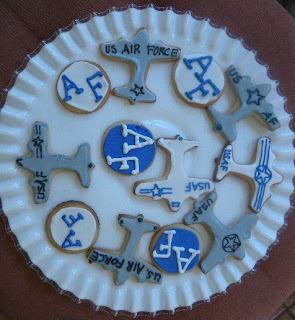 Yes, I know it's Father's Day. But it is also the last day for my son at home before he heads to Colorado to the United States Air Force Academy and Thursday takes his oath the defend the Constitution of the United States of America against all enemies, foreign and domestic. That's a lot of responsibility for a 19 year old who has trouble getting all his clean clothes put away. But fear not, he will have limited clothing which will seriously help the cause. And what do I do with all those civilian clothes? He is not allowed any for the first year unless he is 150 miles from campus. So Thanksgiving and Christmas, that's a pair of jeans, khakis and a few polos. Will I even recognize my cadet in 6 weeks?

His basic training is a 6 week fun factory. No phone, laptops, free time. As a matter of fact, I have been told the only time they are allowed to sit down is at meals. And that alone has its own list of rules. The psychologist in me tells me the plan is to strip these young men and women of all the bad training their parents have given them. The "I am so proud of you" and the "You can do anything" and replace it with the fervor of a team player and a leader. Imagine how different high school sports would be if every kid on the team knew that the performance of everyone was key to the victory. That each player had to pick up their teammate and cheer them on. That the coach had a responsibility to every player and the weakest link was more important than the best player, and there was no MVP, leaders yes, but no one person more important than the other. Would you want to be led into battle by an MVP or a leader who had the performance of every player as the key to success? On July 11 we get a phone call. Not anything lengthy I'm sure, but how wonderful it will be to hear his voice. Then he is off to the wilderness for the last of training. 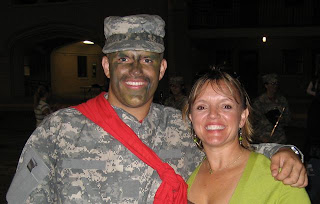 My heart is heavy. Not because he is leaving, that he will endure great pain and challenges, but that he is growing up. My "baby" is a man. He is being issued a weapon, he is being trained for jobs we cannot fathom. He leaves us with such anticipation and excitement that being sad isn't an option. I am thrilled that he is embarking on this journey, that he is facing such grown up circumstances, and that he worked so hard to be invited to be a part of such an elite group of men and women. So today, I bake. I love you Nic. 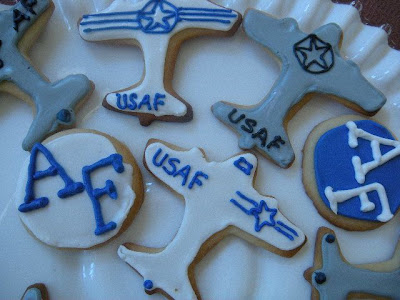