Dark and Stormy for an April Storm 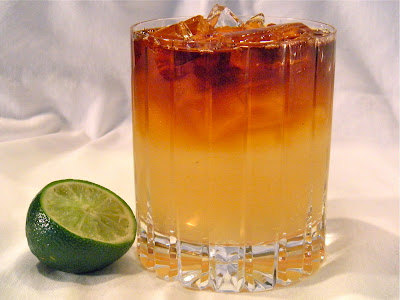 Dark and Stormy, something is definitely brewing, not just the weather... You see I really like cocktail hour, not that I drink a lot, I just drink, well, often. Five o'clock is sort of a sacred hour around here. I love a glass of wine (Cab or Pinot please), a frosty beer, or Scotch and soda water with a hunk of lemon. I tend to steer clear of mixed drinks. I enjoy one every now and again, but they can get me into big trouble. Not because I drink in excess, but there is this small allergy I have and I can only pinpoint a few culprits.

Triple Sec is one. Stand back if I am unknowingly drinking something with Triple Sec. You'll see the flush rise up my neck, my ears, my face, my body temperature climbs and suddenly I feel very much like there isn't enough air in the room. A few glasses of ice water, a blast of cold air, and I can usually bounce back. But it only took a couple of times for me to reach that hot point, and now I order just wine. Even in one of the very nicest Memphis restaurants, I ordered a Cosmo and about died right there. I wouldn't dream of putting Triple Sec instead of Cointreau in a Cosmo, but that $14 Cosmo was built as cheap as they could manage. When the bartender saw the color of my face and chest, I hope he decided to rework the recipe. So basically I avoid Margaritas, Cosmos, any tropical, fruity drinks, especially the blue ones. There is definitely something to do with the citrus. But I know when it's coming and can stop before any permanent damage is done. Even an imported "big" beer has had these effects on me. But I am not out of the game.


My sister in Iowa, who lives on a farm, is crazy about a Dark and Stormy. Which is ironic as she has had not one, but two homes demolished by tornadoes.  Really.  It's an amazing and frightening statistic right? According to her, a Dark and Stormy is a shot of Captain Morgan's Spiced Rum and a Ginger Beer. We'll get to that in a minute. But first, I had no idea that there was Ginger Ale and Ginger Beer. Is there a difference? Yes! I think it is safe to say that Ginger Ale is a soda pop, lighter and a little sweeter and friendlier to drink. The Ginger Beer I bought totally rocks, spicy and very gingery. And mixed with a little Captain, it really rocks, and now I am a little flushed, so I could probably only have one, but what a delicious diversion on a Tuesday evening with flowers starting to bloom and the smell of spring in the air...but alas, it is not really a Dark and Stormy. Let's call it a Dark and Cloudy, shall we? 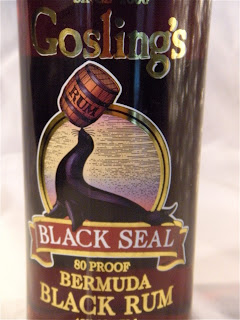 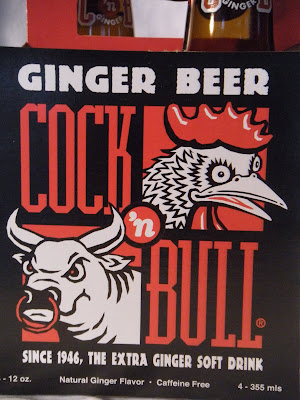 These folks have been brewing it since 1946. Why mess with perfection? But the rum. I found in my assortment of adult beverages some Meyer's Dark Rum. I bought it to make Jerk Lamb Chops (which I will blog if I ever find Scotch Bonnet Peppers) I am sure it will work, but I decided to head to my favorite liquor store first to see if I could get the real thing. After all there were 3 more bottles of Ginger Beer to tinker with! I called the nice guys at the liquor store and he asks, "Are you making a Dark and Stormy?" So, everyone knows what this is except me.


And since we were mixing drinks, why not make a Moscow Mule. I know, it requires one of those copper mugs.  And no, I don't own any.  I am a copper collector, but as delicious as this cocktail is, no one here will be drinking them on the reg, so no copper mugs for me. According to the carton of Cock and Bull Ginger Beer they make this cocktail with a shot of Russian vodka, ½ a lime squeezed in and a bottle of their Ginger Beer, mixed in a copper mug. I served mine in a great Triple Old Fashioned crystal glass from my very favorite store...I gave Scott the Moscow Mule, and he gave it a thumbs up made with Stoli Gold. But I digress...blame it on the rum.

I made the Dark and Stormy just as directed, and my land...This Goslings Rum is over the top. It has a very distinct flavor, and with the Ginger Beer, well it is deeelicious. Am I slurring yet?  I am headed (tomorrow, sober) back to the market for more Ginger Beer. And what a coincidence that I have 3 weather alerts on my phone as the severe weather comes in tonight, high winds, hail, possible tornadoes. Perfect stormy weather!

What I have discovered on this cocktail journey is that it is quite fun trying new concoctions....I may have to experiment more! Also, blogging while drinking cocktails, especially strong cocktails makes spell check a necessary addition! But I also like the idea of taking one ingredient (in this case that Ginger Beer) and sort of finding its best presentation. There are so many ideas swirling in my rum-crazed brain...where to begin? For now, though, get in there and have a Dark and Stormy! Cheers!
Posted by Susie at 1:00 AM