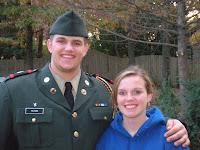 So, my last day of Christmas break that I spent with Nic turned out to be a real eye-opener. We went to the theater and saw Gran Torino, which we gave 2 thumbs up. (My mom drove a gold one with a racing strip down the sides!) The movie ended and we had about 45 minutes to grab something to eat that fit my criteria: Healthy AND tasty.
The theater is across the parking lot from Whole Foods. This isn't a "real" Whole Foods, but it's getting there. It used to be Wild Oats, Squash Blossom, whatever...it's the hippie, granola, tree-hugger market. We wandered around the store and settled on some very yummy pizza, a couple of drinks and sweets. We grabbed a table and began people watching.

My sweet son really threw his heart on the table. First he said,
"You are so at home with these people here. They are all about natural food, recycling and the environment".

Yes, that is correct. I loved going to school in Boulder and love people who are comfy in their own skin, even if it's covered in tattoos. But don't get me wrong, a week at the Ritz Carlton works too.

Then, "You know these people here would say terrible things to me if I was in uniform?"

No Nic they wouldn't.

"Yes they would. They hate the military, think we are war mongers, baby killers, it sucks you know, when you can feel that kind of hate."

And I was speechless.

I always called myself a conservative liberal. I didn't vote for Obama only because of his non support of the wars, but I believe he will do a terrific job, especially now that he'll be in the super duper, confidential, top secret network. Maybe he didn't know everything and there is more to this war than we think. Regardless, he is the Commander in Chief, the top dog, the head of all US Military and I only hope that the troops who have stepped up to defend this country aren't shortchanged.

But in the meantime, I know Nic is wrong.

I know that uber-liberals don't hate kids like mine. He's the kid who opens the door for you when you're going in a store. He's the kid who says yes ma'am because he was raised in the South not because he thinks you're old or he's a racist. He is the kid who asked me to pack a lunch for a boy at school whose mom worked 2 jobs and he seemed to go hungry every day. I did it happily and he handed it to him on the way to the cafeteria even though he didn't ever sit with his group.

The military is so much more than war. For thousands of kids like mine it is an unbelievable education, comparable to Ivy League. It's training at the highest level in so many areas. For Nic, it'll be aircraft. Honestly, regardless of your political views, wouldn't you rather the pilot of your next flight have thousands of miles logged all over the world with the very best training? His commitment to the US Air Force is how he pays back the $400,000 education. It's his choice, his dream. Please don't fault a kid for taking orders. He would give his life for you and this country, and he'll tell you that. I want him to feel good about his choice whether he's at Whole Foods or Kroger.

I'm a little blue he's gone. Tomorrow the temperature plummets, so the ovens get fired up. Stay tuned. And God Bless America.
Posted by Susie at 8:29 PM