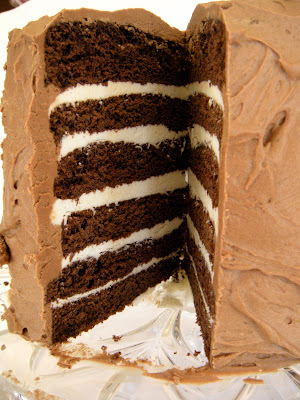 So yes, this a rerun, but today is Scott's Birthday, and the sun is shining and the day is a little different than the photos!  I posted my daffodils on Facebook on the 30th of January, winter seems to have not found its way here.  It makes me a little sad.  I remember this day, 2 years ago, so well.  We had been out of town all weekend, and I had no groceries to bake a cake.  I woke up around 6am that morning and was walking out to the kitchen and thought the light was strange and looked outside to see this amazing snowstorm.  I obviously missed the weather report. 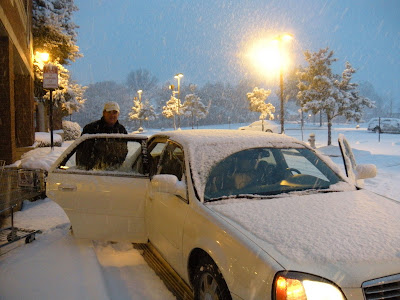 I checked the school updates, cancelled, that was good as Christina was feeling poorly. I would LOVE to have a snow day with my kids again...sniff, sniff.   I went and woke up the birthday boy. I told him he could thank me later for the lovely snow I arranged for him, but right now I needed him up and at 'em to get me to the supermarket or he wasn't getting cake! Chocolate cake, with buttercream icing, made by "moi" is a great motivator because we were off in minutes!  Here's how the cake went. 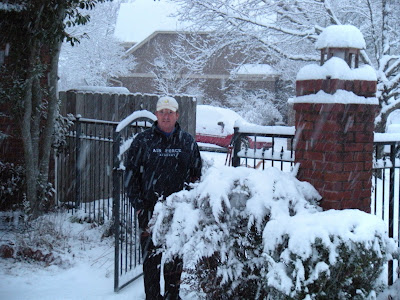 I had decided on a Mile High Chocolate Cake with Vanilla Buttercream and Chocolate Ganache that I found on Epicurious.com. Well, sort of decided anyways. I have admitted numerous times that I am no good at following directions, and I took a perfectly good recipe, at least according to the reviews, and changed it.

I followed the cake recipe as written, and baked the three layers for only about 40-45 minutes which was too long. Perhaps it was the convection, but those suckers were dry around the edges and fell apart a little. But that's what frosting is for! So the frosting. Real buttercream. Egg whites, simple syrup, vanilla paste and a flipping pound of butter. I could seriously vomit right now. And that is just from licking my fingers, this is SOOO rich. I love meringue, I can eat it right out of the bowl, and it about killed me to drop that pound of butter into it a tablespoon at a time. 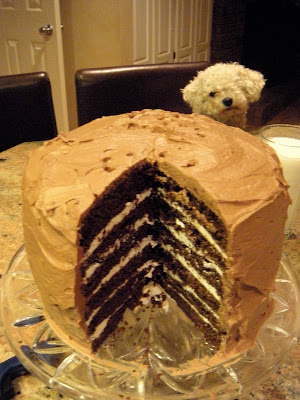 I sliced my 3 layers into 6 and started frosting and stacking. There was so much buttercream that I felt the cake would be inedible if I used it all. I also had the small detail of Scott specifically asking for chocolate buttercream, not ganache, which is what the recipe called for. So I took what was left over, added a couple of squares of melted, unsweetened chocolate and some confectioner's sugar. Whipped it up and iced the whole cake with it. Voila, chocolate buttercream.

So here we are, 2 years older and wiser.  The birthday boy is not here.  He had an important meeting and we are celebrating with a dinner party for 14 on Friday.  It will be all his favorites.  As a matter of fact exactly what he requested on the 50th birthday in the snow!  But it will be fun to celebrate with friends.  Not sure what other things are on the menu, and have yet to decide on a cake.  So I guess I better get along!  I have a party to plan.
Happy Birthday Scottie!