May I Have Your Autograph? 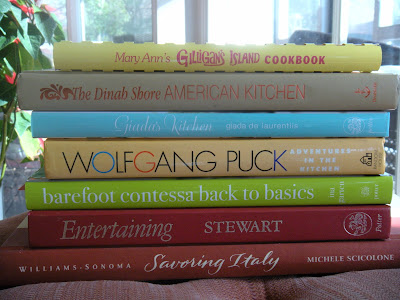 I've collected autographs from a young age. It started with an autograph book that everyone at grade school would sign (we didn't have yearbooks until high school). As I got older I would grab an autograph on whatever I had. Harry Caray on a napkin when I met him in a bar (where else?), Little Oscar (the Oscar Meyer "little person")on a Walt Disney World menu circa 1974,programs from PGA tournaments, NCAA tournaments and all sorts of sporting events. After I got married, my husband became sort of obsessed with signed objects. Pete Rose will never be in the Hall of Fame, does that make a signed ball more or less valuable? Baseball bats, home plate, golf balls, baseballs, footballs, helmets, jerseys. But seriously, who falls faster off the popularity scale than an athlete. One arrest, one bad season, one life changing injury. It all becomes nothing more than clutter.
I, on the other hand like culinary autographs. I'll never get Julia or James, and wouldn't pay out the wazoo for one for fear it would be a fake. I would have loved Richard Sax as I have almost all of his books. Jacques Pepin, Tom Colicchio, and Anthony Bourdain are on my current chef wish list to add to my small but nice collection.
My dad was a grocer and over the years we were very lucky with the people we met and places we would go. 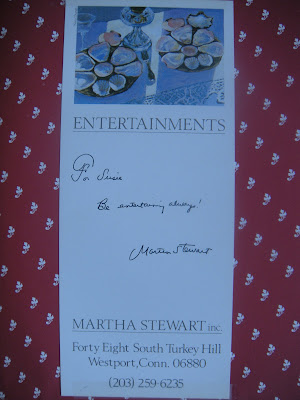 In 1985 when I was planning my wedding, no one in Iowa knew who Martha Stewart was. I was introduced to her work by my florist who raved about her first book, Entertaining. I found it at the library and read it cover to cover. I rechecked that book out as I planned our wedding, and my cake can be found on page 269. Just after the wedding, my parents were at an event at a California winery, and Martha was a speaker. My mom bought a book and had it signed for me. Somewhere in the course of that day, somebody took it. (If you have that book inscribed to Susie, it could be mine!) When word got back to the hosts, they sent my mom another book and a hand written card from Martha to me, it says "For Susie, Be entertaining always! Martha Stewart". I taped it to the front of my book, and a collection was born. 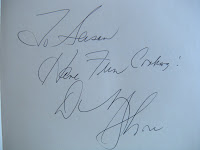 The next book was also from an event my parents attended, this one hosted by Dinah Shore. Now very few people younger than me know who she is, but I was a big fan of the afternoon talk shows in the summer. I would sit on our huge screened in porch and watch Merv Griffin and Phil Donahue. Back then it was entertainment, not reality TV, and Dinah was a frequent guest of Merv's. She signed her book, American Kitchen, "To Susie, Have Fun Cooking! Dinah Shore". She was really part of old Hollywood and her recipes are dotted with little stories from her life. She was 70 when the book was published. 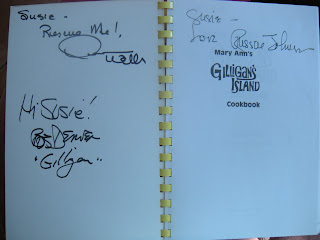 In the winter of 1994, Christina was a baby, Nic just a toddler, and we would spend a few weeks in the winter in Florida. One weekend I spotted a Shipwreck Party at a restaurant in Pass-a-Grille called the Hurricane. I dragged both kids and my parents, and met the cast of Gilligan's Island. I have seen every episode at least 3 times as it was a year round staple, every day 3:30. We used to play Gilligan's Island in the woods behind our house, what fun to be shipwrecked! They were there selling Mary Ann's Gilligan's Island Cookbook. Bob Denver (Gilligan), Dawn Wells (Mary Ann) and Russell Johnson (the professor) were there to sign. I bought one for my childhood best friend Barb Lingle, because she was most likely the one I watched every episode with and my high school best friend, Mary Beth, because it really was a part of all of our childhoods. This book isn't a culinary classic, but it is full of trivia, pictures, episode guide and, count 'em, 13 recipes for coconut cream pie! 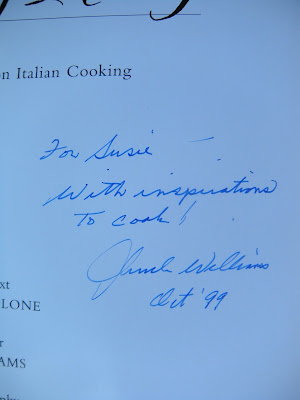 One of my next books came from a real culinary icon. Chuck Williams. Many people know little about the man that founded my place of employment. He had a hardware store in Sonoma, CA and after a trip to France, he was enlightened much like Julia Child. He began to sell French copper cookware in his hardware store. As his product lines grew, so did his store, and the rest is retail history. I met Mr. Williams at the Williams Sonoma in Las Vegas in 1999. I was out there for my dad's 60th birthday, and popped my head in the store looking for someone I knew that had transferred to that store. I had only been working for the company a few years, and he couldn't have been nicer to me. There was no customers in the store, and I'm not exactly sure why he was there. I bought a book called Williams Sonoma Savoring Italy, and he signed it "For Susie, with inspiration to cook! Chuck Williams". He is a testament to living right. He is now into his 90's and has spent his life eating great food and drinking good wine. It has been my pleasure to work for him for the last 11+ years, I look forward to many more! 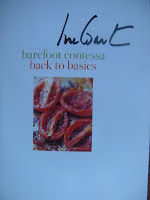 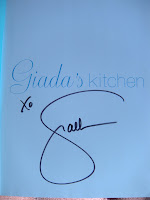 The last 3 are what you might consider television personalities. Ina, Giada and Wolfgang. Ina and Giada are being handled by corporations and networks. Their signings (in my experience) have rules. No personalization, no photos (although that rule was bent for the hundreds of people who complained), and because of their enormous popularity, you wait hours for a hello, sign and go. But hey, Back to Basics by Ina Garten and Giada's Kitchen by Giada de Laurentis are great cookbooks, and the autograph is just an added bonus! 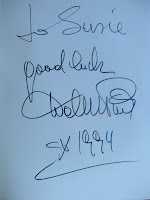 Wolfgang Puck was one of the earlier celebrity television chefs. I would read about him in the cooking magazines and see clips of him on TV. When I would go to Los Angeles to visit my sister she would humor me and take me to the Wolfie restaurants: Chinois on Main, Spago, Granita and Postrio. I never saw the master at work however, but of course Scott, who runs smack into celebrities all the time (honest) was at Postrio and meets him. He introduces himself, chats up Wolfie and gets me a book. Adventures in the Kitchen, signed "to Susie, good luck, Wolfgang Puck".
To be honest, I did travel across the country for Ina and Giada, but I don't really hunt these things out.I simply take advantage of signings when they come. 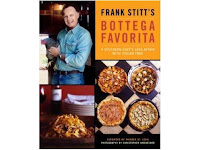 Williams Sonoma in Saddle Creek is hosting a book signing by a Birmingham author and restaurateur, Frank Stitt. I am most impressed that he was on the PBS series, Great Chefs, I loved the program and its easy flow. He is most noted recently, however for Highlands Bar and Grill in Birmingham where he is famous for his French cuisine and he recently opened Bottega which focuses more on the Italian cuisines. He was just announced as a finalist for the 2009 James Beard Awards and has been featured in Southern Living. He will be signing his book Bottega Favorita, A Southern Chef's Love for Italian Food, Thursday Feb. 26, between 1-3pm. The book must be purchased at Williams Sonoma for the signing. Of course I will attend and blog!
So another autograph to add to the collection. Keeping my eye out for other signings, and feeling a little hankering for coconut cream pie....Mary Ann's? Ginger's? Maybe Mrs. Thurston Howell III's version, hell, she probably ordered it from the bakery! Until the next...
Posted by Susie at 12:12 PM