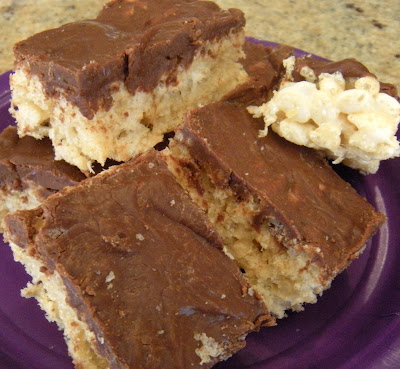 Top Chef is my favorite show. Period. I love Colicchio, Padma, the guest judges, especially Bordain. Yes, I said it, I am a closet Bordain groupee. I do watch reality shows, and that includes Big Brother, Survivor, Hell's Kitchen, Biggest Loser and American Idol. I know that it is all a figment of an editor's imagination, but I find real people far more interesting than actors. But, I do need to clarify: I do not watch Jersey Shore, Hoarders, Maury or Jerry, you get the idea. Top Chef is exciting because these contestants are in their element. They win by being creative and thinking on the fly, not by following a recipe in their back pocket. They respect the other contestants, (at least in a good season), and they recognize that this is a great platform for furthering their career. I don't eat out often, at least not that type of food, but I love to watch every detail in the dishes. I have no aspirations of cooking at that level, I am not a chef, and that's okay, I am a happy foodie.

But then came Top Chef Just Desserts. All of a sudden, I want to be on a reality show! The contestants are colorful pastry chef types. I loved Zach and his Disco Dust until he got all cliquey with the Go Diva group. Yigit is amazing and cute, but tries to do too much, and that is a sign of a guy full of ideas, not a bad thing unless you are being timed. Not a Heather fan. I think Morgan is cocky but hey, he can back it up, and I am pulling for him to win the whole thing now that my FAVORITE is gone. Eric. The lowly baker. He saw almost immediately that most of these contestants were trained professional pastry chefs, (which is why I contentedly watch from the couch). He mused that he was "just" a baker, and that made him my favorite. Dessert doesn't always have to be over the top, it just has to taste good. There were challenges where he had to step up the presentation and the creativity of the dessert and he went with the flow. He got booted over some shortbread. A sad way to go, but as he exited, he said, "I am a Chef!" Yes you are, and you have a loyal following right here who loved your comfort desserts and your humble attitude, those will take you to great lengths.

So dessert. One challenge was a bake sale at a high school. I loved this challenge, right up my alley, as my most loyal customers are in their teens. Eric won having made Nutella Rice Crispies and chocolate chip cookies. Two of my favorite things. I make Rice Crispy Treats about twice a year(no more) because I can't keep my hands off them. I figure since it is mostly cereal they are perfectly acceptable for breakfast. And since the rest is marshmallows, well, they fit right in to lunch, dinner, dessert and bedtime snack. Nutella, yea, I love this stuff on a spoon. Other than a crepe, I haven't found a great recipe for it. I was hoping these winning Nutella Rice Crispy Treats would be my best of both worlds winner.

So I found the recipe here called Peanut Butter Krispy Bars and decided to whip up a batch. After reading the recipe the reality that "I am not even a baker" set in. Who makes Rice Crispy's without Jet Puffed Marshmallows??? Eric does. Dang it, I just didn't have the time to make the bars with corn syrup and a thermometer. So that was my first change in his winning recipe and the beginning of a long list of problems to come.

The next was to shrink it a little. It is all in grams, which is okay because I use a scale, but his recipe would be enough for, well, a bake sale. I needed them for a little meeting. So I started dividing up the quantities and shrunk the pan, and mixed and melted and pressed in the Rice Crispies. I wasn't happy. I had them in a sheet pan which has very low rims, and the bars were to the top. I had a little extra in a small glass pan. I hate thin Rice Crispy Treats, I generally make them in a 9X9 so they are like 3"tall. I decided to slug on, even though I knew that this is where I generally am finished. A perfect unadorned Rice Crispy Treat. But these were too thin for me to get excited over.

The first chocolaty layer for the bars in his recipe is milk chocolate, Nutella and butter, (YIKES!). Well as soon as I began to melt it all in a saucepan the whole pot seized up. Rookie mistake. Damn. I added enough milk (no cream on hand) to return it to spreading consistency and spread it over the skinny little bars. It wasn't pretty.

Then I filled the sink up with soapy water and gave up. Never went to the next topping of semi sweet chocolate and peanut butter. I was defeated without a time restraint or competition from professionals. I butchered the winning recipe and I'm afraid Eric would be disappointed. I'll be back at this recipe. I am going to get it to work and report back. But fear not, the mistake tastes delicious for breakfast (that Nutella makes it even more breakfast-like) or whatever meal you decide to add it to. Maybe I'll try Eric's winning chocolate chip cookies next time! Happy baking. If you get these done, I want a peek at them please!
Posted by Susie at 7:11 AM