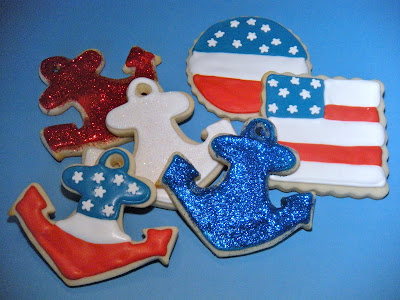 Okay people, did your momma not teach you those basic lessons about sharing? Apparently, people throw their manners out the door when cookies are involved! I posted (tongue in cheek, mind you) about the Good Doctor who did not like sharing his chocolate biscotti my mom made, with his staff. So once he fessed up, she made some just for the staff. Everyone was happy. I worked around physicians offices for many years, I know that as soon as the Good Doctor turned his back on those cookies, the staff would swoop in. And it is a large staff at his offices, so he gets a bye on the sharing thing.

However, about a year ago, I posted some cookies I made for the Post Office. My little local P.O. I know what kind of a bad rap the P.O. gets, and I understand. Sometimes I feel like such a nuisance to the people working there. But when they squeezed Nic in for a passport renewal on his 3 day leave, I was pretty thankful. And, as most of you know, when I am thankful, I bake.

I admit, I was a little surprised when I was back at the P.O.a few days later, and no one ever mentioned the cookies. Not even the woman I gave them to. Okay. Well, this last week I was shipping out cookies (showers, birthdays and Father's Day) my family had a lot going on. My favorite P.O. guy was taking care of me and we chatted a little about my "perishable" box. I told him I was shipping the world's best sugar cookies, but then I mentioned he had to have tried them, the big platter of stamps, last summer, anything familiar here? But, nooooo. They were not shared last summer. He never saw them. So there is only one thing to do. Make cookies for Willie. 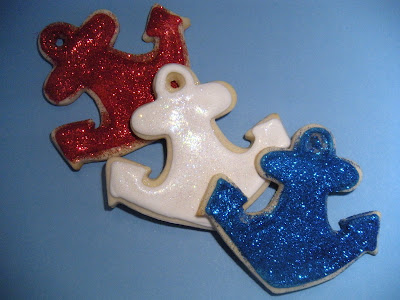 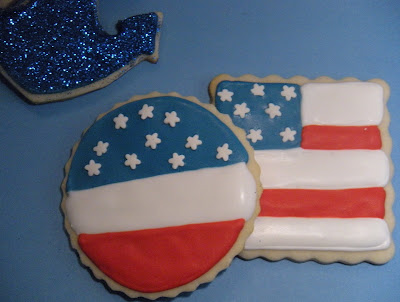 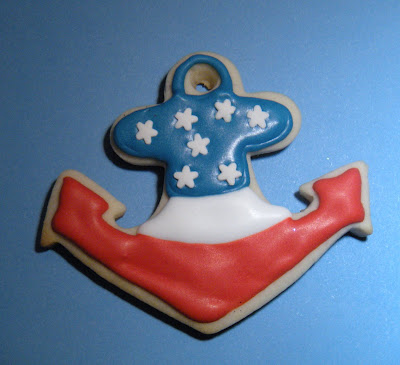 I know he is retired Navy, because we would talk about the military when I was shipping Air Force boxes out. So I decided some anchors and maybe some 4th of July themed cookies. I have seen some neat ideas around the web and thought they would be perfect. So thanks Willie. And no, you most definitely do not have to share!
Posted by Susie at 9:09 AM