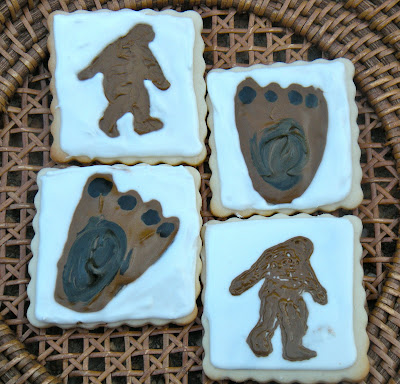 Okay, I know it may make you chuckle. But tonight is the finale of Finding Bigfoot on the Animal Planet. I have always had this crazy thing about Bigfoot. As a kid, I remember the mysteries of Bigfoot, the Bermuda Triangle and Loch Ness Monster. I was intrigued. I looked (look) for Bigfoot any time we are driving through a woodsy area. I have never had a Bigfoot encounter, and frankly I would rather I didn't. But I sure wish someone would bag one. 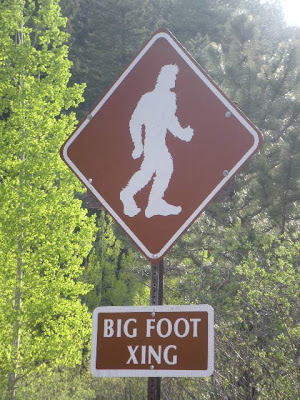 My dad spent most of his middle age hunting all over North America. He spent the night in many remote areas, and he says he is sure he would have seen or heard a Bigfoot or an alien if any existed. I know he would have loved such an encounter. Frankly, if he had a Bigfoot encounter, he would be standing next to this guy in his game room. 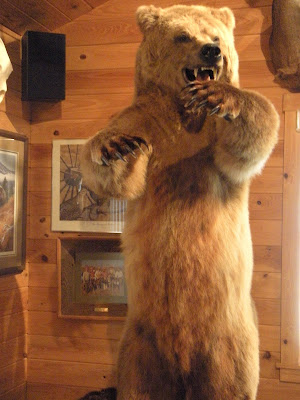 So one night this summer as we watched Whale Wars (a show I refuse to discuss on my blog), a commercial came on for a show called Finding Bigfoot. We were beside ourselves. In the Memphis heat, after a day on the bike trail, or by the pool or at work, we love to gather for some great mindless summer TV. Sometimes we even watch on the porch, but most of the time it is too hot, even at night! So we decided to watch. It is hilarious. I have learned a lot however. There are many people who have had Squatch encounters. They have baited him with Zagnut bars (who knew?). He howls, high or low pitched, there are hunters on the show that are proficient at each call. And one hunter is rather Squatch-like and he is always the one they use to recreate the photos. These are no kill Squatch hunters, so even if they find him, there will be no stuffed Squatch at the Smithsonian. Just photos and video that we will all doubt. 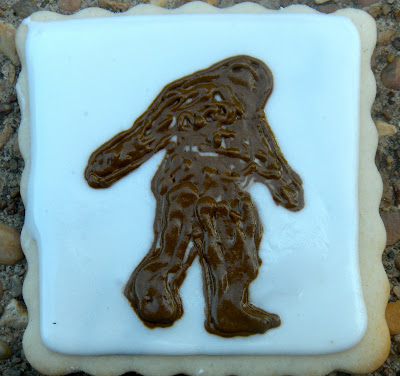 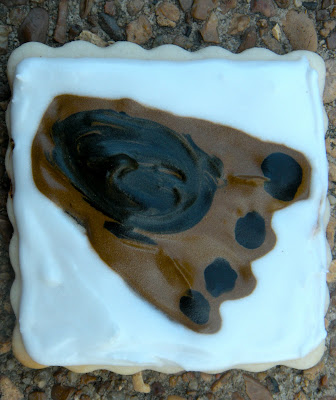 Of course I was compelled to make cookies. Nothing extravagant. I just had some cookies in the freezer and some left over icing and I did a quickie cookie job for Squatch. Don't judge.

Tonight in the finale, I'm sure if there is any great scientific proof it'll be on the Today show in the morning. For now...keep your eyes peeled. There is a site devoted to Bigfoot sightings and he has been spotted right here in Western Tennessee. How cool is that. I have no Zagnut bars, but I do have some killer cookies! Happy Baking!
Posted by Susie at 6:55 PM