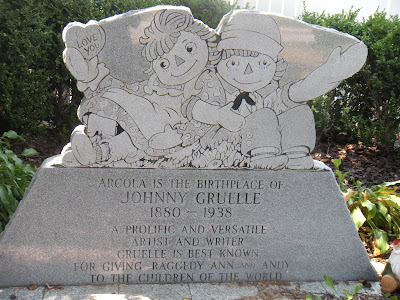 So as I said earlier, I took the great Road Trip. We headed North out of Memphis and headed to Chicago. We needed a little break on the road, so a quick stop to the Raggedy Ann and Andy Museum seemed perfect. Arcola, IL is a charming town with a little Amish influence. The nice lady at the Train Depot turned Tourism Office was full of info, most specifically that the museum was gone. The founder of Raggedy Ann was named Gruelle, and this is his hometown. There is a great deal of Raggedy Ann memorabilia, but no museum. 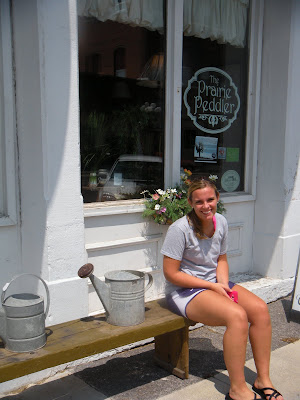 We hit one of the charming shops in town and were seriously disappointed there was no Raggedy Ann dolls (except the $50 collector edition), and no Raggedy Ann cookie cutters. The sign on the Interstate sure brings a handful of people in, but the town is not capitalizing on that silly little rag doll that could be the bread and butter of this charming town. We swung by the Hippie Memorial simply because it was there, not impressive, but hey, we went! 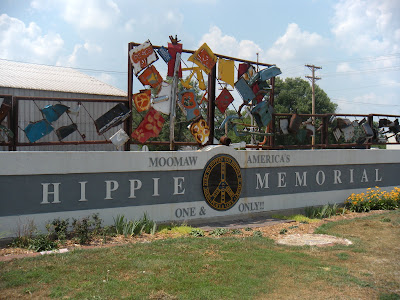 We arrived to Chicago and the next day Christina headed to camp. I had one full day with my Uncle Mike. He is actually my first cousin, once removed (I think) but how awkward is that? Uncle Mike's mom, and my Grandpa were siblings. So he was all gung ho when I wanted to do some family history in Chicago. We started at Mt. Carmel cemetery where my Great Great Grampa is buried. We also made a little trip to see the grave of one of his notorious neighbors. I doubt they were acquainted in life, Capone was South side, and Vito was North side. 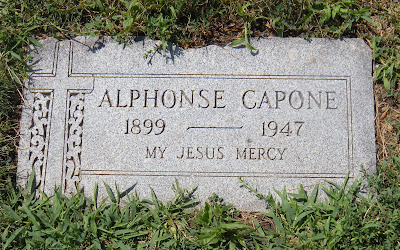 Then we went to the Showman's Rest Cemetery (just wait there are more cemeteries to come!) I remember as a kid hearing about the circus train that went up in flames and the 50-60 circus workers and performers who perished. I heard about tombstones in the shape of circus animals. Well, I had to see this, and thankfully it wasn't a huge out of the way trip. There are 4 large elephant statues that mark the area where these and other performers are buried, but their graves are quite humble. 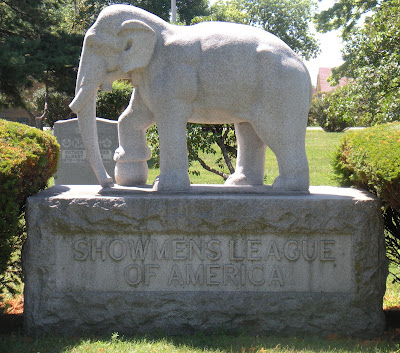 It was sad to see the graves of the unknowns who died in that tragic fire. Uncle Mike and I are glad we saw this little cemetery, but it was not as grand as my childhood memory had pictured it. We passed many old and beautiful cemeteries on our route. I told my Uncle Mike that I had seen a book of Chicago Graveyards, and wasn't he relieved I hadn't bought it! (Wait until he gets his copy in the mail, thanks Amazon!!!)

We then ventured to Greek Town. Now I have no Greek blood, but I LOVE Greek food. It is very similar to the Serbian food my Grandma (on my mom's side, we will get to that cemetery in a few days...) made. I have yet to find an amazing place in Memphis for Greek food. So Uncle Mike and I had lunch outside with the fountain trickling and a gorgeous breeze off Lake Michigan. We had Saganaki to start, and I had an appetizer assortment platter with fresh pita. It was sensational, hummus, spicy feta, fish, olives, eggplant. 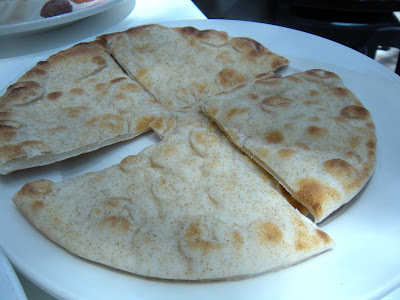 Washed it down with a little Greek wine. And off we went! 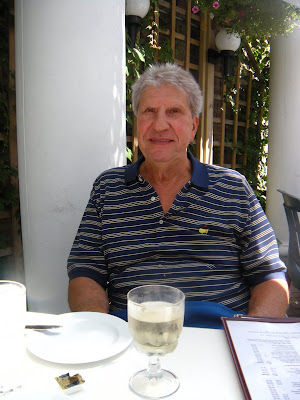 The next stop was my Grandpa's meat market on the corner of Paulina and Taylor. What a fantastic location, so great in fact, that there is a large medical center there. Not that I expected an old building with a slip of a paper receipt hiding in the walls (I do have a great imagination), but that would have been fun. We drove down Taylor Street which is commonly called Little Italy. Much of the land was taken over by the University of Chicago, and that community has been slowly displaced over the years. We stopped at Rosebud, a famous Italian restaurant and had dessert. 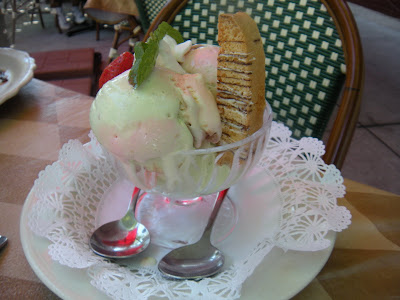 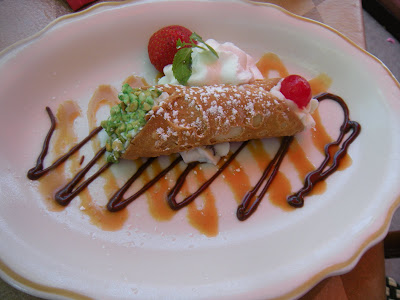 Spumoni Gelato and a Cannoli with 2 Cappuccinos. Again we sat outside and enjoyed the mild weather. 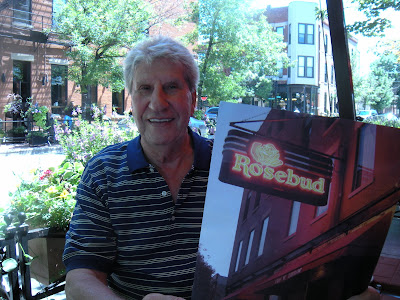 And then we went inside for a peek at the bar. It looks like the kind of place the Rat Pack would hang out in. If I had been born 45 years earlier, I would have been a total Dean Martin groupie. 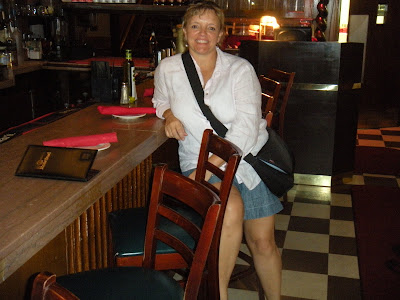 So the last stop of the day was the North Avenue Food Mart which was my Grandpa's. It was there long after the meat market closed, so I was hopeful. We drove through such quaint areas on our way, and then down North Avenue. It was bustling with people and businesses and it seemed to get a little more run down as we neared our destination at 2654. The building was shrouded in construction scaffolding, nothing of the building was really visible. Another defeat. But as I craned my neck to see anything, it dawned on me that so many members of my family walked on this sidewalk, and that was enough for me to take home. The day was amazing. I saw so much of Chicago and felt connected to my dad's past. I would love next time to spend a little more time, see more of the neighborhoods and taste more of the great food these areas have to offer.

We finished up the day at Mike's daughter and son-in-laws house with their daughter. 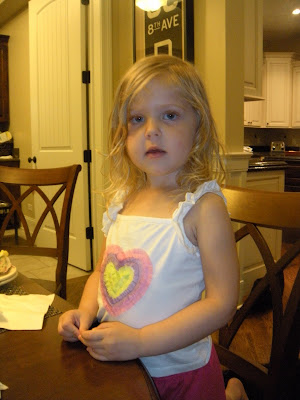 Hmm, first cousin twice and three times removed? Seriously. Cousins, period. I love my family, I consider myself very lucky! Next up, the amazing family reunion!
Posted by Susie at 7:28 AM